Rated 5.00 out of 5 based on 1 customer rating
(1 customer review)
Comparar

Walt Disney World Resort is the most famous theme park complex in the world . The first park was inaugurated on October 1, 1971, more than 10 years after the death of Walt Disney, its creator. 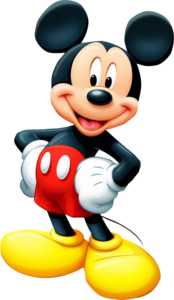 Disney world theme parks tickets  Comparing Disney parks in Orlando with those in Paris , the first thing to say is that in Orlando there are four parks while in Disneyland Paris there are only two. The occupied surface is also immensely larger in its original location. Let’s see the different parks:

Magic Kingdom is the original park and the one that most introduces you to the “Disney Magic” . Apart from the size, the truth is that there are not too many differences between the parks of Orlando and Paris , there are even some attractions that are better in the French capital as, for example, the roller coaster Space Mountain.

The main attractions of this park (and our favorites) are: Space Mountain , The Haunted Mansion , Big Thunder Mountain , Splash Mountain , Pirates of the Caribbean and Peter Pan’s Flight .

This park is the other one that is located in Paris under the name of Walt Disney Studios . In both cities it is our favorite park, it combines the best attractions with some really amazing shows .

The most important shows are “Lights, Motors, Action!” , Indiana Jones and above all, Fantasmic (Disney’s most famous show). On the other hand, our favorite attractions are: Rock ‘n’ Roller Coaster , The Twilight Zone Tower of Terror and Toy Story Mania! . You should not miss the Tour for the studios ( Studio Backlot Tour ).

Animal Kingdom is a mix of zoo and theme park . Although for most people it is the least surprising park, we must say that we like it a lot.

You should not miss attractions such as Kilimanjaro Safaris , Expedition Everest or Dinosaur . In addition, it is necessary to say that the walks between animals are totally recommended, especially Maharajah Jungle or Pangani Forest , where you can see hippos diving. The Flights of Wonder and Festival of the Lion King shows are also essential.

This park, with a more modern air based on new technologies, tries to raise awareness about the environment . With the exception of the World Showroom (a large thematic section of different countries that occupies half of the park and, in turn, its greatest attraction), it can be said that the park is quite ugly. Disney world theme parks tickets

The most recommended attractions are: Soarin , Test Track and Mission: SPACE .

In the more than 10,000 hectares that the complex occupies, in addition to the 4 main theme parks , there are 2 water parks , several golf circuits , a race track , dozens of Disney hotels and an innumerable number of shops, restaurants and bars. of entertainment .