Humans aren’t the only ones loving pumpkins this Halloween season.

At Walt Disney World‘s Animal Kingdom park in Orlando this week, animal residents were treated with pumpkin playtimes, much to the enjoyment of the creatures and the park guests who observed the adorable interactions.

The pumpkin gifting is an annual tradition for the park, where staff members present the round orange gourds to the animals as part of their “enrichment.”

Enrichment sessions allow the critters to interact with toys or explore new smells and tastes, creating a space for the animals to “make choices about their environment [while it] encourages natural behaviors,” Scott Terrell, Director of Animal and Science Operations at Walt Disney Parks & Resorts, wrote in a post about the pumpkin tradition on Wednesday.

Wildlife Wednesday: It’s almost Halloween, and that means it’s time for one of our animals’ favorite enrichment experiences – playing with pumpkins! https://bit.ly/34gpMWc 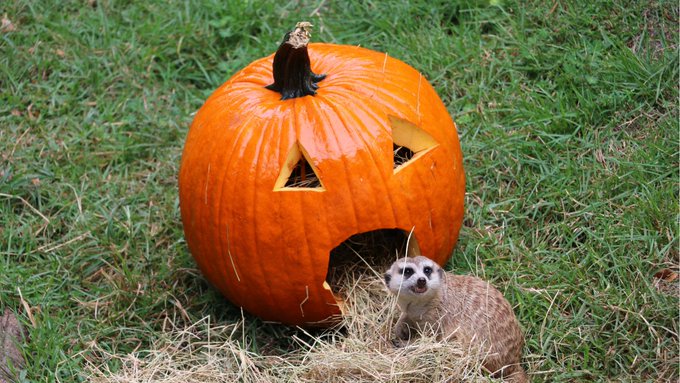 Terrell also explained the animals may eat the jack-o’-lanterns while others may “smash them or even roll them around for a while.”

“It’s fun for members of our animal care team too, who enjoy getting creative in decorating the pumpkins and coming up with new additions, like bugs, seasonings and other tasty treats to encourage foraging,” Terrell said.

RELATED: These Adorable Pups Are Ready For Halloween… & Adopt A Shelter Dog Month!

In 2018, the festive sessions showcased a hippopotamus gobbling up a pumpkin while a tiger pawed around with one before eventually giving it a lick. A gang of meerkats had fun investigating their oversized jack-o’-lantern, peeking in and out of the pumpkin’s mouth hole and the gorillas enjoyed lugging their pumpkins around before trying them out for a snack.

Back in 2011, elephants enjoyed their Halloween treats, as did the fruit bats, who munched on the pumpkins while hanging upside down.